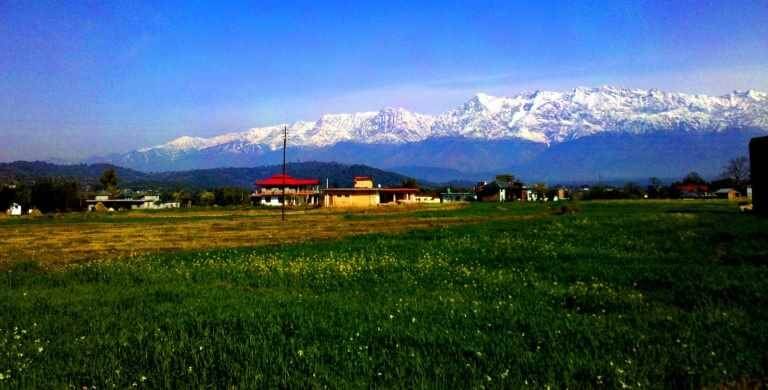 Palampur in Himachal Pradesh, nestled in the picturesque valleys is a small hill station. This small place of Himachal Pradesh is in the shadow of the Dhauladhar ranges of Kangra valley is called the most beautiful place. Located at an altitude of 1205 meters above sea level Palampur winter or summer, attracts tourists in every season. Palampur is the origin of the name of the local dialect ‘Pullum word was from. Meaning “enough water” appears. In fact, there is no shortage of water in this area. All the springs of water, springs or rivers exist. Probably why the winds are moisture with coldness. The moisture on the mountain slopes of the winds and the sun’s rays would openly combination provides a uniqueness to the climate. A distinction which is favorable to the cultivation of tea. In 1849, realizing the value of this place Dr. Jamson cultivated the tea for first time. In the decades of the Kangra valley became world famous tea.

Today Palampur town is inhabited between large tea plantations. The biggest attraction for visitors to the lush tea plantations. Pedestrian walking path, both far and brushy tea leaves them choose plants and people is a pretty views. They tied at the waist, long basket is busy with his work. Some tourists also arrive around the middle of these gardens. Which in itself is a very different experience. Palampur ‘Nyugl’ is similar to the location of a picnic spot. The place is located on a steep cliff at the edge of the mountain. Badla where 15,000 feet of stream and the Dhauladhar mountain ranges are beautiful panoramic views. Empire of the natural beauty of this place can be seen in every direction. The tourism department Nyugl Café. With nearly 5 centuries old and Vindhyavasini Bandla Mata Temple is also worth visiting the temple. In addition to the tea plantations of pine and fir forest Palampur contribute to greenness. 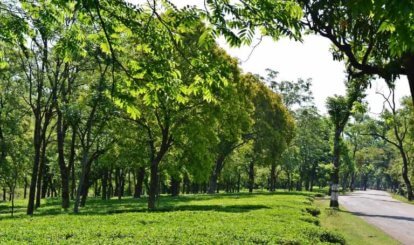 Palampur Subhash Chowk city center, which is spread around the market. While many fast-food parlors and restaurants. Tourists prefer tea processing factory Cooperative T can work. At this point, the tea aroma and flavor will attract them must also buy tea. Fame as an ideal tourist destination of Palampur is another major reason. The tourists on the basis of the place that famous Kangra valley of Himachal Pradesh can easily several sightseeing. The Kangra Valley Railway’s first tourists traveled Palampur adorable toy trains arrive. The important point in different directions around the small are located. Where is easy to get by bus or taxi. 13 kms One is located off Aandraeta. This place is called the Shrine of art lovers. The place dedicated to rural and Punjabi theater artist Nora who is connected to the memory of Richard. She was a disciple of Gandhi. Besides the well-known painter concerned Aandraeta Padma Singh and BC Sanyal Soba too. The Soba Singh’s small art gallery. Many of his paintings where Sohni-Mahiwal, Heer Ranjha and Kangra bride famous paintings are on display. Only 18 km from Palampur Baijnath temple famous landmark Away. 1,200 year old temple architecture and archeology is critical. Lingam in the sanctum sanctorum of the temple counts 12 Jyotirlingas is installed. Beautiful gardens around the temple. Clouds hovering over the scene where Prwatshikron affects tourists. A large fair is held on Shivaratri.

Approximately 17 km from Palampur Chamunda Devi Temple is another religious site away. This location is also known as Chamunda Nandikeshhwar Dham. Located on the banks of “Baan Ganga Dham” this place is furious “Siddhpit”. Ma Kali has killed Chand Mund monsters here. That form of goddess Chamunda was worshiped here. There is a huge rush of devotees on the occasion of Navratra here. Only 18 km from Chamunda Dharamshala is the famous tourist destination. The temple of Vajreshwari mata and temple of Jawalamukhi mata are also not far from Palampur. 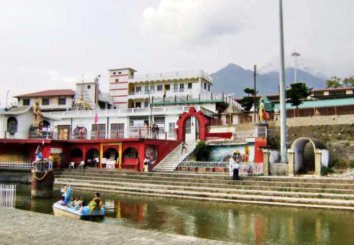 Vajreshwari goddess is also called the goddess of Kangra. The Jawalmukhi goddess temple is among the 51 Shaktipeeths and one of the famous religious site. Recognizing that Sati’s tongue fell at this location. The cracks in the rock naturally originates is sustained by a blaze. The goddess of blue flame as it is considered. There is also a statue of the goddess in the temple. Jwala Ji Temple overlaid with gold dome is magnificent. Kripaleshhwar temple, Veer Bhadra temple, Kangra Guptganga Kurukshetra pool and other leisure venues.

Kangra Valley is connected to Bir Billing place for adventure games. The location is only a half hour away from Palampur is located. This place is one of the important paragliding destinations in India. Apart from Palampur selected trekking routes that go toward the various directions in which the splendor of nature trekking enthusiasts waits. Gopalpur Wildlife Park is a few blocks from Palampur. Chamunda temple can be seen on the way to the park. 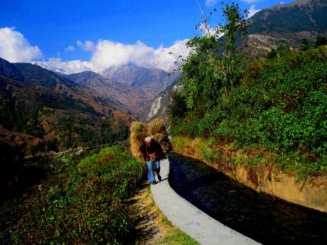 Visit the major sites of the Kangra Valley of Himachal Pradesh Palampur to spot a suitable base. Except monsoon season you can go here. Pathankot is the nearest broad gauge railway station in Palampur. Palampur where tourists can get by narrow gauge toy train. Palampur station three kilometers away from the city. You can reach the city by taxi from the station. Just by way Palampur Himachal, Chandigarh, Dharamsala, Shimla and Delhi is connected to. Amritsar and Chandigarh airport to the nearest airports.
Kangra Valley of Himachal Pradesh with a close look at the natural beauty of this special train will run on the route to enjoy the journey of Kangra Queen suited. This country is one of the few paths on which cars are still short of the line can be enjoyed. Winding mountain roads passing through the window of the train as nature are more numerous. The tie of the tourist train running from Pathankot to Palampur century style, especially in the run. It is a quarter past eight in the morning departure from Pathankot pm train reaches almost Palampur. 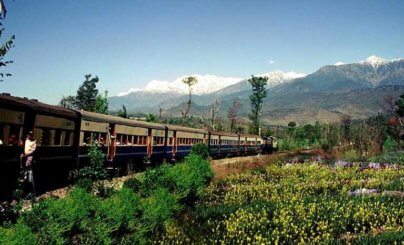 Though many stations along the way. But the train stops at the station only Kangra and Jawalaji Road. Colorful wild flowers bloom on the mountains, look far paddy fields, slate-roofed stone house and valley views local gullible-looking toy train is filling in diverse colors. The highlight of the route are two tunnels. When the train passes through tunnels, so passengers are thrilled by force, also remained high on the mountain rivers of the semi-circular bend bridge and road are also thrilled tourists. This slowing of the Kangra Valley Railway Travel becomes a memorable journey. 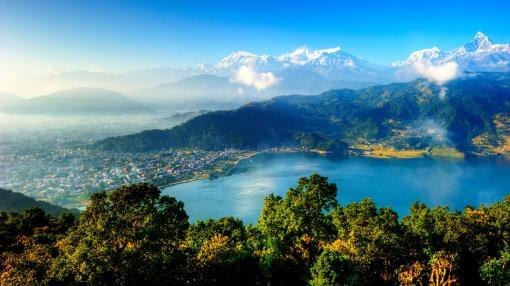